The ultimate guide to writing case studies that drive leads

Getting started on Social Media

Pay-per-click advertising: What is it and why should I do it?

What are LSI keywords and why do they matter?

B Corp UK: 5 B2B B Corps that will help you grow your business

Read
How to do marketing Social media

How Articulate doubled its social media followers in one week

I am a fan of Guy Kawasaki from way back. His first book, The Macintosh Way, inspired me to start my own business when I was at university. And now he’s parlayed his experience as Apple’s first fan boy and VC investor into global social media superstardom.

(We reviewed some other Kawasaki books: Author Publisher and Entrepreneur and Enchantment previously here on Bad Language.)

Articulate’s roots are in content creation but we’re learning to love social media marketing (as well as marketing automation). So when Guy published his book The Art of Social Media, I decided we should do what he said in it. All of it. In one heroic week-long social media experiment.

We called it Kawasaki Week.

It's @GuyKawasaki sprint week here at Articulate. We're trying ALL the tips in The Art of Social Media #KawasakiWeek pic.twitter.com/11KDkMNLzC

But beyond strictly numerical objectives, we wanted to develop scalable, predictable processes and explore tools and platforms to see what worked best.

When we started we had:

It was a modest starting point and it’s a bit embarrassing to admit these figures considering that we’re a marketing company. Everyone and their dog is a social media marketing expert. Except us, apparently.

I reviewed the Guy's book and translated the chapters into tasks in Basecamp, which we use for traffic planning. It broke down into the following work packages that mirrored the chapters in the book:

Other chapters covered things like launching a book and ‘How not to be clueless’ and they were either not relevant or, ahem, not applicable.

Although we put it in the plan, we didn’t manage to do a Google+ hangout or join or start a Twitter chat. We will come back to these as separate projects later this year.

It would be tedious to list each of the 84 separate tasks we completed during the week. My own experience was that there were a few high-value activities.

Polishing up our profiles took some time but when you’re inviting people to follow you, it’s important to look like you’re worth following so we visited each channel and updated them. 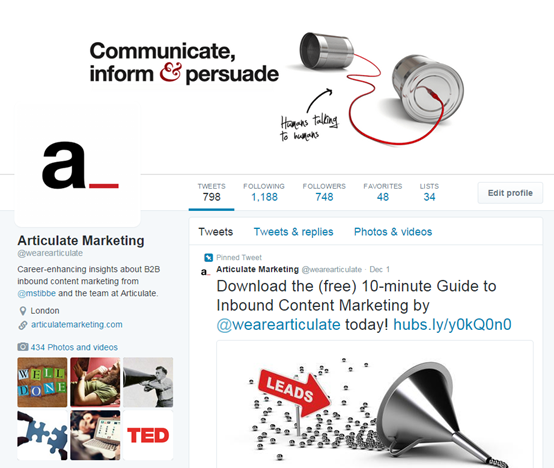 Another valuable lesson was the need to leaven our own content – talking about ourselves – with curating content by other people. We aimed for approximately four posts by other people for each one of our own. This allowed us to drive up the frequency of posts, which also seemed to be very helpful.

Kawasaki’s checklist of activities to do for each piece of content was helpful. 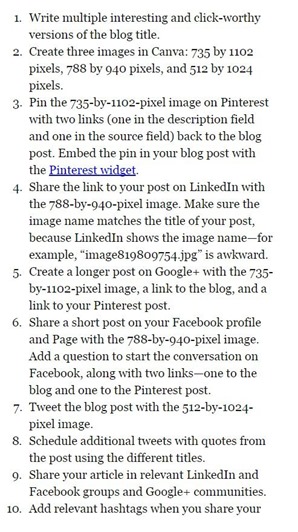 Retweeting other people’s material and commenting on it on a daily basis seemed to help too. I have drafted a 25-minute daily social media checklist which I’m going to try for the next month to see whether the results can be sustained efficiently.

5. Use the right tools

And they generated a twice as many clicks than the week before: 164 vs. 53.

After just five days of Kawasaki week, we had added 274 net new fans and followers and our website had received 52 visits from social sources (vs 7 the week before). The majority were on Twitter but there were also some on LinkedIn and Facebook. Google+ lived up to its reputation as a sort of elegantly-designed ghost town.

By the end of the whole week, the results were even better.

Adding 400+ followers a week is very attractive. We have already started a promising sales process with one person who found us through social media during Kawasaki week. That sale alone would justify the time and effort.

In future, based on our learnings, we’ll be publishing more curated content, engaging more with people and measuring the results in HubSpot in terms of traffic, leads and customers to calculate the real ROI from social media.

Matthew is founder and CEO of Articulate Marketing. Writer, marketer, pilot, wine enthusiast and geek. Not necessarily in that order. Never at the same time.

How to do marketing How we work

How we work: what does a marketer do?

How to do marketing

How to strengthen your brand with your marketing strategy