Once upon a time, there was a tourist backpacking through the highlands of Scotland...

Ignore how bad that attempted Scottish accent was and consider the success of the first minute and a half of that video. Why does Andrew Stanton decide to introduce himself to his audience with a narrative joke?

Stanton harnesses the power of stories better than most. He wrote and directed Finding Nemo and WALL-E, he co-wrote Toy Story and (thank God) he only very rarely indulges in bestiality jokes.

Here at Articulate, we love Pixar, not just because we’re big kids, but because they’re the masters of storytelling, and we know just how powerful stories can be.

If history were taught in the form of stories, it would never be forgotten.
– Rudyard Kipling

We've talked before about how effective stories are in marketing. Case studies, press releases, company origin stories and fictional advertising stories are all incredibly effective marketing techniques, but not everything you write can be presented as an overarching story. 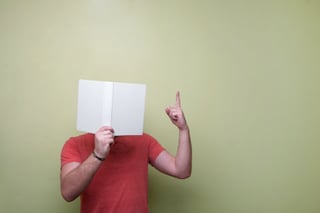 That said, in those instances where you can't shape your message into a story, you don't have to lose the power of narrative from your writing altogether.

By using anecdotes in your writing, you can pack the power of narrative into any topic. Short or long, funny or inspiring: anecdotes are an essential tool for copywriters, and you can use them to seize your readers' attentions, just like Stanton's joke engaged his audience.

The best anecdotes are more than just attention-grabbing:

Take a lesson from Aesop. Stories like ‘The frog and the mouse’ take complex ideas and weave them into short, entertaining narratives. Fables do what every good anecdote should do: they take interesting concepts, and they make them into metaphors which are immediately understandable, memorable and fascinating; even to a six-year-old.

In short, inserting stories into your writing allows you to communicate things to readers in the most effective way possible.

In their book, ‘Rework’, Jason Fried and David Heinemeier Hansson plate-up a buffet of anecdotal interest to support their points. This one stood out for me:

Polar explorer Ben Saunders said that during his solo North pole expedition (thirty-one marathons back-to-back, seventy-two days alone), the ‘huge decision’ was often so horrifically overwhelming to contemplate that his day-to-day decision-making rarely extended beyond ‘getting to that bit of ice a few yards in front of me.’ 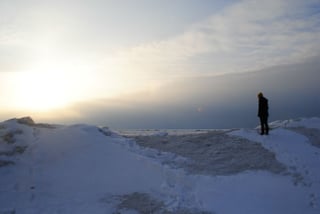 The authors follow this story with a simple statement; ‘Attainable goals like that are the best ones to have’.

The tactical use of an anecdote here gives the authors' point an impressive emphasis.

In an article titled ‘The High Cost of Conformity, and How to Avoid It’ for Harvard Business Review, Peter Bregmen writes:

I was biking with my friends Eric and Adam, both far more skilled and experienced mountain bikers than I …
… I suffered a pretty dramatic crash, falling down a ravine, flipping over a few times, and hitting my (helmeted) head on a tree. Eventually, I ended up in the emergency room. But not before riding another hour …
… Why didn’t I stop? I wish I could say it was bravery but, the truth is, it was nothing of the kind. I kept riding, quite simply, because Eric and Adam kept riding.

This anecdote is effective for a number of reasons:

In short, by using the impact of a bike crash, Peter demonstrates the otherwise intangible dangers of conformity in a way that will make his readers far more receptive to it.

Write with the authority of fame

Personal anecdotes like Peter’s are great. They put the reader in the writer’s shoes and they connect on a human level. By using these kinds of personal stories, you can take big ideas and demonstrate them in an easily understandable, empathy-boosting way.

Take this article from Business Insider. The author devotes the entire piece to a story about Steve Jobs. Here’s a quick summary: 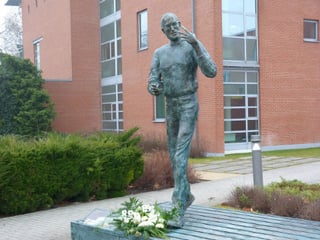 The author, Biz Carson, doesn’t add much to her narration of the anecdote, she simply says; ‘Jobs's response in the five minutes that follows is a masterclass in how to gracefully turn an insult into an impromptu speech on vision.’

Carson allows Steve Jobs’s words to speak for themselves: she doesn’t provide any other proof for why his response is an exemplary way of dealing with critics.

Why? Because she doesn’t need to: it’s Steve Jobs. For us as the reader, rightly or wrongly, Jobs’s fame and success alone act as proof of the effectiveness of his methods. This story becomes one more feather to Jobs’s cap, and, simultaneously, Carson illustrates her intended message of how to deal with critics.

To hell with facts, we need stories! -Ken Kesey 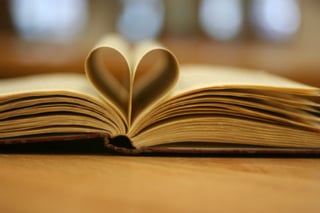 In all these examples, the writers communicate their points not with facts and figures, nor by using complex writing tricks, but by deploying well-chosen anecdotes. By writing with anecdotes, the writers tap into our natural affinity with narrative, and they energetically clarify what could have been dull, stagnant information.

You can write with just the bare bones of information - it's a particularly easy way to keep your writing concise - but it lacks the writer-to-reader connection that would allow your content to make a stronger impact.

Anecdotal evidence may not be admissible in court but, when it comes to talking to your human readers; human stories trump all.

(Hat tip to Flickr users Jeffrey and Kate Ter Haar for their images.)