You know how to write a headline.


All effective styles, but what exactly is the art of science of such great headlines? What makes us click? 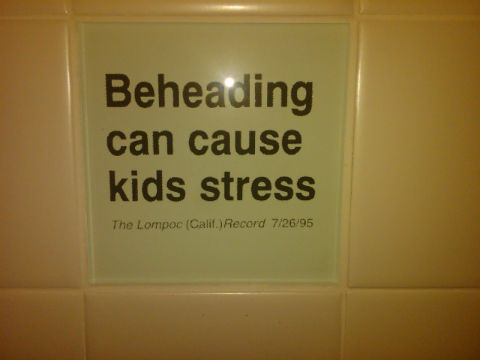 We love bad news; we just don’t know we do.

Researchers at McGill University in Canada found that, while participants in an experiment said they wanted to read positive stories and that the media was too preoccupied with negative stories, during the test, the participants were attracted to and read the depressing stories about  corruption, crime, hypocrisy, etc.

This is the so-called ‘negativity bias’ – the notion that we’re drawn to and more deeply affected by the negative. 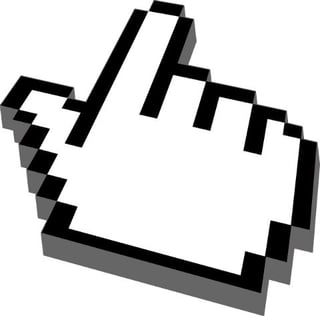 And, it appears, we’re also naturally drawn to negative words. Flash the words ‘cancer’, ‘bomb’, ‘kill’ or ‘war’ up and people can hit a button in response quicker than if that word is a neutral or pleasant word, like ‘baby’, ‘smile’ or ‘fun’.

That’s not to say you should aim to depress your readers with your headlines, but you can use negative words creatively, for example:

It’s not all bad news.

Using electroencephalography (EEG) to explore people’s emotional engagement with words, Nielsen and Sharethrough came up with 1,072 so-called ‘context words’ – the words that were the most emotionally engaging – and grouped them into four categories:

While a word like ‘chair’ only brings to mind a few, rather mundane thoughts, context words like ‘history’ and ‘secrets’ evoke more connections, making the brain pay more attention to the word and, thus, the headline.

The research also found that the magic number was 17 – context words should make up about 17 percent of your headline.

When it comes to headlines, longer is better.

The second part of Nielsen and Sharethrough's experiment reinforced what many marketers and copywriters have known for a long time, finding that between 21 and 28 words is the optimum length for great headlines.

The success of sites like Buzzfeed and Upworthy, however, whose headlines tend to be around 15-20 words, suggests that not everyone feels the same. For those of you who want to keep it short and sweet, Outbrain says that between 12 and 18 words is the sweet spot.

Although useful, you need to remember that these tips are not universal. The style and power of a headline all depends on its context.

In all cases, of course, the headline needs to persuade the reader to read on, but each one requires something a little different.

We live in the age of skimming – many people don’t even bother scrolling down before they leave a page – but white papers and case studies get about the worst of it.

So structure is king when it comes to this sort of content.

You need clearly defined sections, obvious sub-headings, sidebars and pull-quotes that together provide a skeleton of the whole story.

And, most importantly, white paper and case study headlines can’t be as clever as article or blog post headlines because they’re strictly commercial in their approach – they need to lead with their main point.

Email subject lines are another kettle of fish.

You want to avoid anything that’s going to upset the spam filters, so avoid using ‘free’, ‘order now’ or any of the many other trigger words.

And more so than any other sort of headline, don’t overpromise and under deliver otherwise you risk your customers never opening another email from you again.

There are numerous approaches to the email subject line but the most successful tend to be either short and descriptive or colloquial and personal (feel free to use the recipient’s name or home city, IF they’ve given their permission). 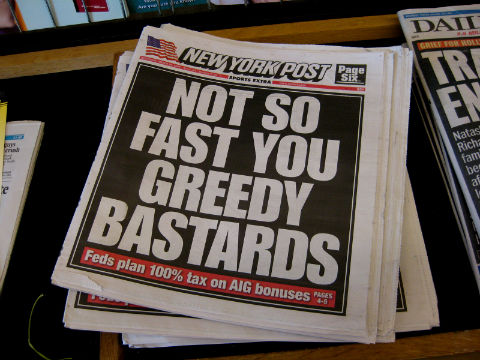 There’s also a big gulf between online and print headlines.

Print headlines can get away with being clever because we tend to consume print in a passive way. When we read a newspaper we’re not looking for anything in particular, we’re just browsing. And, if a headline does catch our eye, we can immediately see how long the piece is; there’s no clicking and scrolling.

When we’re online, however, we’re active, we’re searching – we want to find the answer to our problem fast. So we (and search engines) need something that’s descriptive, specific and that uses keywords.

You can use witty headlines, but the general rule is that if you’ve got a clever headline you need a descriptive explanation that follows after a colon, or as a sub-heading.

And when in doubt: simple and descriptive is where to start.

Want to read something in a similar vein? No problem. Have a read of our guide to choosing good project names.

Hat tips, in order of appearance, to Amanda Hirsch and cogito ergo imago for the photos.