“There are only two hard things in Computer Science: cache invalidation and naming things.” – Phil Karlton

Names have power. They indicate tone and the intent. They can, if chosen well, inspire and unify action. They’re an important part of a company’s brand and tone of voice. That’s why branding consultants are so highly paid, if not always highly valued.

This article contains essential tips for choosing a cool name. You can also try our free name generator if you need extra inspiration. And, stay 'til the end for an on-demand webinar recording all about - you guessed it - naming things.

Try your hand at creating your next project (or product) name with this cool name generator! Project Jive-Theory is just around the corner...

Your next project's name:

There are many routes to choosing good project names, for example:

I have always found Igor’s Naming Guide to be very helpful guidance for coming up with good product and company names. (Read how I picked Articulate as a name for an example. My colleagues also have some good advice on powerful team names and how to choose a great product or company name.)

Even with small, internal projects a good name can be a useful tool. And that is what this article is about: choosing good project name ideas.

Right now, at Articulate, we have the following projects underway:

Code names from the past

The most common use of code names is for military operations. We British have uninspiring names. For example, Operation Herrick (Afghanistan) and Operation Granby (Gulf War I) sound more like Monty Python names than operations of war. Apparently there’s a computer in the MOD building in Whitehall that spits out random names. Personally, I like to imagine that it’s actually an elderly civil servant who spends his days setting crossword puzzles until he’s called on for a random name.

In contrast, after a period of automation, American code names since 1989 have been designed for PR value as much as obscurity – Desert Shield and Just Cause, for example. There’s an interesting list of US codenames online here.

Yes, even banks have their fun with deal names, particularly when it comes to mergers and acquisitions.

One example from Reuters' hilarious list of popular M&A project names is 'Project Rocky'. Amusingly, Project Rocky illustrates the battle the German and UK stock exchange bosses went through to push a $30 billion merger. However, their stockholders were unconvinced, Brexit unfortunately got in the way, and the European antitrust chief blew the deal to shreds.

Here are some other interesting sources of names:

Once you pick a name, avoid the name-changing fidgets and be wary of using the names of real, living people. When in doubt, you can always just do this: 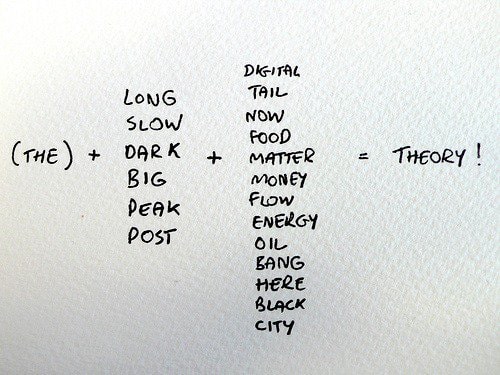 This blog is one of our most popular articles. So, we decided to revisit the topic with our recent webinar (see the webinar series, here). We've popped the video and slides below for your viewing pleasure. Speaking of naming, are these things called 'livestreams' now? Same deal, different name. Isn't that just the way?

[Editor's note: This blog was originally written in 2017 and has since been updated in May 2021.]